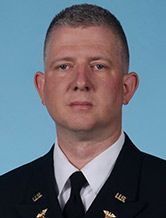 Dr. Ramie K. Barfuss graduated from the University of Utah with a B.S. in Medical Biology in June 2001.  He then attended the University of Louisville, where he graduated dental school with a D.M.D.  After dental school, Dr. Barfuss entered activity duty for the United States Army where he completed a one year Advanced Education in General Dentistry at Ft. Jackson, South Carolina.  After practicing general dentistry for five years, he then completed a two year Endodontic Residency at the University of Iowa in June 2011.  Since June 2011, Dr. Barfuss has been a practicing endodontist in the United States Army and in private practice.  He currently serves at Fort Carson, Colorado and with Colorado Endodontic Group.  He is married with four children. 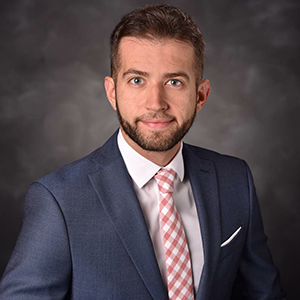 Dr. Salman was born and raised in Baghdad, Iraq. His initial dental training was at the University of Baghdad where he received a Bachelor of Dental Surgery (B.D.S). Afterwards, He completed a one-year general practice residency at Cairo University Hospital in Egypt.

After a couple of years practicing as a general dentist, he decided to continue his educational journey in the United States where he obtained a second dental degree (D.D.S) from the University of Colorado School of Dental Medicine. During his time at the dental school, he was recognized for his passion and received an award for Excellence in Endodontics.

After practicing in the Denver metro area as a general dentist his passion towards Endodontics lead him to pursue a postgraduate training at the University of the Pacific Dugoni School of Dentistry in San Francisco, CA. He received a certificate of specialty in Endodontics and a Master of Science in Dentistry (M.S.D). During his residency, Dr. Salman received the postgraduate OKU clinical excellence day award for his 1st place clinical presentation.

During his free time, Dr. Salman plays soccer on weekly basis and enjoys traveling and spending time with his family. 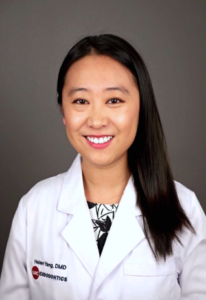 Dr. Helen Yang grew up in Michigan and graduated with honors from Harvard College. She obtained her Doctor of Dental Medicine degree from Harvard School of Dental Medicine, where she was recognized for leadership in organized dentistry. She then completed her specialty training in Endodontics at the University of Illinois at Chicago College of Dentistry.

Dr Yang is passionate about teaching and mentoring younger doctors, she currently acts as the Chair of the American Association of Endodontists Residents and New Practitioners Committee. Dr. Yang has practiced in Boston, Singapore, and Chicago, and is excited to serve the friendly people of Colorado Springs. 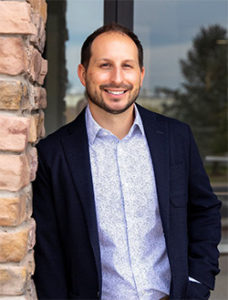 Dr. Heyse was raised in an Air Force family growing up in multiple parts of the country including New Jersey, Florida, Texas, and Nevada. He graduated from the University of Nevada-Reno earning a Bachelor of Science degree in Biology. Staying in Nevada, Dr. Heyse obtained his Doctor of Dental Medicine degree from the University of Nevada-Las Vegas School of Dental Medicine.

Immediately following dental school, he was commissioned as an officer into the United States Air Force Dental Corps and received an AEGD-1 residency certificate. Dr. Heyse spent 6 years as a general dentist serving United States Airmen and their families at multiple duty stations from Virginia to Japan.

Dr. Heyse is also a member and guest lecturer in several local study clubs.
Outside of the office, Dr. Heyse spends time with his wife and two children taking advantage of the incomparable offerings that Denver and its surrounding wilderness provide.